A long Answer to some Serious Questions.

I am writing today to clarify some issues that have been brought to my attention. Generally I refrain from getting too involved in primary elections. I am simply trying to clarify some issues that have been raised by several voters here in Milam County. I feel that it is not for me to favor one local candidate over another, and in this instance I am not doing that in writing this. If it were only affecting these two candidates I would probably not be making a statement, but as it affects other elected county officials, some of which have expressed their concern to me. As a result, I feel it necessary to state the facts as I have come to understand them.

In April of this year it was announced that a five-year agreement had been reached with Coryell County to house excess inmates here in Milam County. Coryell County will pay $43 a day to house their inmates in Milam County and the revenue could generate anywhere from $3 to $4 million for Milam County. This should in turn help Milam County avoid raising taxes like so many other counties are being forced to do. Since that time much has been made of this deal so I think it necessary to spell out some of the important facts.

First, when this deal came to light much was made of the timing, but two important facts need to be addressed that have seemingly been left out of the conversation. First, this is similar to the long-term agreements with Bell and Lee Counties in the last few years when those counties needed to house prisoners in Milam County. Secondly, this entire deal was initially discussed by the County Judges of Milam and Coryell Counties and was ultimately approved by both counties Commissioners’ Courts. While much has been made of the Sheriff’s involvement in this deal, and while Sheriff Greene was instrumental in “Getting the deal done,” this agreement had to meet the oversight discretion and gain the approval of both counties Commissioners’ Courts.

Second, many people have asked about the housing of Milam County inmates in Lee County. The facts is that when this deal was signed it was not expected that the first Coryell inmates would be housed in Milam County until August or September; however, Coryell County’s budget cuts and the high cost of sending inmates to McLennan County caused Coryell County to expedite the housing of inmates in Milam County. Shortly after the arrival of those inmates to Milam County the jail began to have some overcrowding issues; so let’s take a look at some of those overcrowding issues and why they occurred.

In Texas, Milam County like all other jails in Texas is governed by the Texas Commission on Jail Standards (TCJS). This organization sets the standards on how jails are run in Texas and according to the TCJS website they provide and govern the rules and standards for Texas Jails covering everything from construction, to maintenance, to operation of a jail facility, including the gender makeup of a jail and how inmates can be housed.

In keeping with TCJS regulations, a certain percentage of a jail must be dedicated to female populates limiting the number of male inmates Milam County could house even though there were empty beds in the jail. Because of those standards and as a result of other factors including the early arrival of Coryell County inmates, recent arrests, and the need to leave enough room for future inmates from local Milam County Law Enforcement, the decision was made through a reciprocal agreement with the Lee County Sheriff to temporarily house some of the Milam County inmates in Lee County until an acceptable solution could be worked out with the TCJS.

In speaking with various law enforcement officers in neighboring counties, this sort of unwritten reciprocal agreement is an acceptable practice on a temporary basis and since Lee and Milam both charge the same to house inmates for another county, it was decided to house the excess inmates in Lee County making it cost-neutral to the Milam County tax-payer. Currently, agreements with the TCJS have been reached and in a short time all of the inmates should be housed in Milam County.

The fourth and final issue is cost of the transportation issues involved with housing the Coryell County inmates; so let’s look at those figures (note: these figures are based on estimates of current and future maximum costs).

NOTE: at this time only one vehicle has been purchased; however, I have included the cost of two vehicles to estimate the maximum cost to the county should a second vehicle be purchased.

Now let’s do some math. In the first year, if the average revenue generated by Milam County in housing these inmates is $45,000 per month, that comes to a final year-end total of $315,000 for 2012. During that same first year, the maximum cost of transporting and housing inmates for Coryell County would be roughly $204,000 if two vehicles are purchased. So for 2012 that would create net revenues of $111,000. In the second year the costs will decrease as the transportation vehicles will be paid for and the revenue would increase as it will cover all 12 months instead of just the 7 months covered in 2012.

As a result, the maximum costs in subsequent years would be closer to $120,000 depending on the cost of gas and adjustments for salary raises, but the gross revenue to the county would be closer to $540,000 generating net revenues of $419,000 – Definitely a win-win for all involved.

As I said before, I am not writing this to choose a side in any election. As the Republican Party Chairman of Milam County is take very seriously my job of providing a fair and equitable climate for the candidates to run their elections; however, I also take serious my obligation to answer the questions asked of me by constituents in as reasonable and honest a manner as I can. On this issue I have been bombarded by too many phone calls, emails, and text messages to count; therefore, I felt it incumbent upon me to present the facts as I have come to understand them; facts that I have garnered not from any one source but from conversations over the last few weeks with elected officials of Milam County and our neighboring counties as well.

I hope this helps in answering some of those questions and sheds new light on a subject that has been concerning many voters in Milam County. If you have any question, please feel free to contact me and I will do my best to answer them.

Remember, early voting for the July 31st Run-off Election begins today, July 23rd and runs through Friday July 27th. So get out and vote!!

Posted by Bill Whitmire at 12:29 PM No comments: 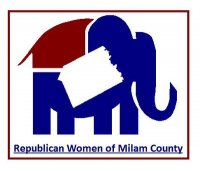 
I just wanted to get out some notes on the upcoming Republican Women’s meeting and the list of candidates for the runoff election later this month.


Tuesday, July 17th, the Republican women of Milam County will be having their monthly meeting at the Budget Host Inn and Suites in Cameron at 6:30 pm. Some of the local candidates will be speaking and we will be discussing the upcoming Old-Fashioned Rally in the Park to take place in August as well as the upcoming election in November. Mark this on your calendar and come on out for some solid conservative speakers and fellowship (and food, there’s always food)!!


And remember men, you are welcome to come and join this organization as well. We need all the members we can get. At the recent convention in Fort Worth I was pleased with all the excitement our Republican Women of Milam County have generated. They truly are the role model for small county women’s groups. I have had the pleasure to speak with several neighboring county chairs about organizing a women’s group. The truth of the matter is that without this group our conservative efforts in Milam County would not be as successful as we have been. So come out and support this group and all their efforts.


Note: the candidates are listed in the order they will appear on the ballot, Candidates who have visited Milam County and joined us for events are in bold letters.


Remember, if you voted in the Republican Primary in May, or if you did not vote in either primary you are eligible to vote in the Republican Runoff. The runoff will be held July 31 with Early Voting taking place July 23 thru July 27 at the following locations:


Well, that should about answer the questions I’ve had the last few days so I hope you all have a great weekend.

Posted by Bill Whitmire at 6:45 PM No comments:

Not too much going on right now in the local realm of politics but I thought I would update everyone on the events we do have coming up in the near future. 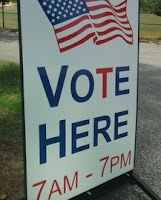 PRIMARY RUNOFF
First off there is the upcoming Primary Runoff so come out and vote. On the local ballot we have the Sheriff's race that will be decided and there are five state races to determine the candidates for the November race. Remember, the Sheriff's race will be determined by the winner of the runoff. It is important to vote if you want a say in who will be the Sheriff. So if you voted in the Republican Primary in May or did not vote at all in May then you are eligible to vote in the Runoff election.


THE OLD-FASHIONED RALLY IN THE PARK
Mark your calendars on August 13th as the Republican Women of Milam County will be hosting their annual Old-Fashioned Rally in the Park. Come on out to Cameron City Park and enjoy the music, free food and the conversation with you local, state and federal government representatives. Hot dogs, Lemonade and Blue Bell Ice Cream will be one the menu with the Cameron Yoe High Band playing music. This is a wonderful event and always draws a big crowd so bring your lawn chairs and enjoy the evening.

TEXAS INDEPENDENCE DAY and REAGAN BIRTHDAY CELEBRATION
Tentatively scheduled for February 7, 2013, this will be an excellent night of fine dining and fellowship as we celebrate the fight for Texas independence and the birthday of a great American with our annual dinner. Plan on being there at what has become and great night to celebrate the growth of the conservative movement here in Milam County. We are working on having a very special speaker for this event so stay tuned for further announcements.

Well that gets us up to speed on the events we are looking forward to. I will work to keep everyone up to speed on future developments so check back often to see what's going on with the Republicans in Milam County!!

Posted by Bill Whitmire at 9:11 AM No comments: