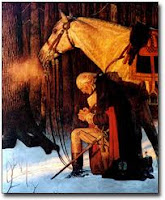 I was wondering how long it would take but it is finally here!

The Commissioners Court stood fast and they voted unanimously in favor of the proposition, Democrats and Republicans alike. Funny though, the Democrat Leadership in Milam County then had to explain why it would be easy for a rural Democrat to not stand up to this rather than just accept the fact that the Democrats on the Commissioners Court actually agreed with the proposition.

When that occurred I knew it would only be a matter of time before we would hear more on the subject of public prayer in Milam County and now the other shoe has dropped.

For those of you who do not know who this group is, they’re a group originally founded in 1947 to keep government money out of private religious schools. Since then they have found all sorts of issues to attack government on based on their concept of the separation of church and state.

I think I could name a couple of likely villains in this debacle but decorum keeps me from being so crude.

The letter goes on to cite various different court rulings that support this group's claims. I spent 10 minutes on Google and was able to find just as many that refute their arguments. But basically the letter said the prayers must stop referencing Christ or be more representative of the total population of the Milam County Community.

Well, since the prayers have been led by various religious leaders in the county, then I think the second part of their request has been abided by and therefore their complaint is null and void. As for the citizens of Milam County, if their reaction to the negativity shown by the Democrat leaders last summer is any indication, then I think they will stand behind the Commissioners Court and their practice of leading each session off with a prayer.

But until anonymous comes forward and speaks with the court about why they find this offensive, then who is to know what the court should do to remedy the situation. An anonymous source has an unknown reason for their complaint and therefore the Commissioners Court is left without a basis to make a determination as to how to rectify the situation to best meet the needs of the complainant.

So without a valid solution to this complainant’s problem, then I guess the Commissioners Court will have to continue on with business as usual.

One thing is for sure though; the Democrat leaders of Milam County have already shown via their public statements and written articles that they are against public prayer. So I guess we know where they stand on the issue. And I guess we also know one of the reasons so many of people are leaving the Milam County Democrats behind to run based on their values and beliefs as Republicans in Milam County!!

Time to get busy!! 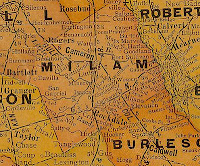 Well the holidays have passed and hopefully everyone is getting settled back into their normal routine. Along with that normal routine, it is now time to get serious about the up-coming election.

If you think we still have plenty of time, well standby. The first in the nation Primary/Caucus takes place this evening and our own is around three months from now. I know three months sounds like a long time, but ask one of our local GOP candidates, they’ll probably have a little different opinion.

Tonight the Iowa Caucus took place and it appears to be between Ron Paul, Mitt Romney, and Rick Santorum. But it’s just Iowa and while all primaries are important, I just want to remind you that the folks caucusing in Iowa only make up around 1/10th of 1% of those who will vote in nationally in November. So while all votes are important, just keep in mind that this caucus just gives us a starting point. We still have a good two or three months before we know who the likely GOP nominee for President will be.

Our local Candidates have been quite busy getting out and meeting the good folks of Milam County. They’ve been out putting up signs and knocking on doors. If you haven’t met them yet well stand by, they’ll be by before too long.

If you’d like to meet them all then get some tickets to the February 9th Reagan Day/Texas Independence Celebration to be held at the Cameron VFW post. The Republican Women of Milam County host this event and it will feature and wonderful dinner and will be attended by all the local candidates and most of the state candidates who have already confirmed their attendance.

So get your tickets and come out to enjoy a good night of fellowship with your fellow Milam County Conservatives, meet the candidates, and enjoy an awesome meal; details can be found at http://www.milamgop.org/.

By the way, if you haven’t been to our website then check it out. We have a list of candidates, elected officials, party leadership, and events along with several other bits of information. Check out the candidates list and get involved. All these candidates can use your support and would love to have you help them. For details, give me a shout or email me at williamwhitmire@yahoo.com and I will be happy to help you out.

Hope you all are ready for a busy election year and a successful November as we help ensure Barack Obama can spend all of 2013 in Hawaii!!

Talk to you later,Bill
Posted by Bill Whitmire at 6:39 PM No comments: