Thanks for the Support, the Website’s on the Way!! 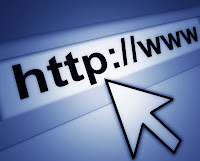 I have been very grateful for the kind words and congratulatory sentiments we have received since the election and for the newfound openness and availability to the elected officials here in Milam County. The folks I have spoken to around the county have been thankful and pleasantly surprised with the openness and availability they have had with Judge Barkemeyer and the rest of the public officials here in Milam County and in the State House. Many folks said they noticed a feeling of a fresh new start for Milam County.

I spoke with one of our incumbent Democrats and they reported that it is much easier to approach our Commissioners’ Court and to discuss the issues that are affecting their ability to adequately conduct business in the office they hold. They informed me that we might have had some rough spots at the start, but there is a movement to conduct business in a manner that supports a correct, ethical, and fair manner of doing business that can and will benefit all the citizens of Milam County. As we have all seen by the revelations made since January 1st, there is a better more open way of doing business that will allow the public to have a better idea of how their county government is operating.

The candidates of the Republican Party of Milam County ran for election based on a plan aimed at Getting Milam County back to Work. That plan began with making Milam County Government better by making it more efficient and less expensive; that is the part of the process that is being worked on currently. I could go into the reasons for how difficult this process is, but that would mean finger-pointing and accusations that don’t do any good. What is needed now is to get to work to recover lost revenues from unpaid past-due fines and penalties, eliminate and/or replace out-of-date technologies, and to begin the process or running county government as it is required to be run based on state guidelines and laws.

The next project that will be readily visible to the public will be to bring an official Milam County website online in the next few months. A site that will give important information such as contact information for all the government departments of Milam County, burn ban notifications, emergency notifications, and give access to Milam county business documents like the county budget, checkbook and important notices just to name a few. This is generally the first contact a perspective business has with a county prior to considering doing business in a county and is such a basic piece of information technology that most businesses deem a county backwards if it is without a website. Now we all know Milam County is not a backward by any means, but without a decent official website to provide the county’s basic information, how is a perspective employer to know the difference.

Well that’s going to have to suffice for today. I need to get outside and enjoy a little snow time with the kids. Hope you all have had a wonderful wintery day. Be safe and hopefully we’ll see you all at the Republican Women’s Fundraiser celebrating President Reagan’s Birthday and the Birth of the Republic of Texas, at 6:00 pm next Thursday, February 10th, at the VFW in Cameron. If you need tickets you can ask any of the members of the Republican Women of Milam County or any of the Executive Committee of the Republican Party of Milam County. All their contact information can be found at www.milamgop.org.

Be Careful Out There,
Bill
Posted by Bill Whitmire at 3:14 PM No comments: