Well I thought we could take a little time off following the election and this month’s swearing in, but I guess not. In the last month we have been hit by a full force offensive in the blogosphere. Our Democrat friends are at it whole-heartedly writing on the internet. They are also working hard to raise money and “awareness” to get their message out prior to the 2012 election. I know that seems like it is far off, but in reality, it is just a little over ten months before people start filing for office again.

As reported in the January 10th County Commissioner’s Meeting, Milam County suffered a $700,000.00 deficit for 2010 and based on the budget passed by the Democrats last year Milam County will be strapped with a deficit that could be anywhere from $1.5 to $1.1 million in 2011. So much for that $1.1 million dollar reserve fund Judge Summers was boasting about during last year’s election. We need leadership in Milam County – Conservative Leadership. This is why we must get out and support organizations like the Republican Women of Milam County.

We need everyone’s help – your help. Please make plans to attend the February 10th Reagan Day Dinner and Texas Independence Celebration with guest speaker Texas Land Commissioner Jerry Patterson. This will be the Republican Women of Milam County’s Fundraiser for 2011. Last year’s Dinner at 44 Farms raised nearly $15,000.00 that was used to fund our advertising and to provide the Republican Candidates with the money they needed to succeed.

Much was made of where the money the Republican Women raised came from; however, unlike the Democrat’s attack ads claimed, most of the money came from right here in Milam County. It was the hard work of the Republican Women and the generosity of Milam County residents who made the election successes of 2010 possible. Now we need to repeat that feat!

Please take the time to secure your tickets for the February 10th Dinner and let’s get the word out to our friends, family, and neighbors. We have shown that you can be a proud Republican in Milam County. It’s up to each of us to continue our conservative movement to make Milam County Government an open book run by public servants who are truly working to make Milam County a better, more prosperous home for us and our children.

To purchase your tickets for February 10th, just send me an email at williamwhitmire@yahoo.com and I will get them to you or have one of the individuals selling tickets get in touch with you.

See Ya’ February 10th,
Bill
Posted by Bill Whitmire at 9:47 PM No comments:

Our Foot is in the Door! 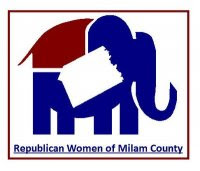 On April 9th of 2009 we Milam County Republicans had a meeting in the Cameron Chamber of Commerce that really got everyone charged and ready for the 2010 election. I remember that night because it made me realize that I could be a part of something special and that we could make a difference here in Milam County. Saturday Morning was not only New Years Day, but it was also a New Day for Milam County as the first four elected Republicans were sworn into office. So now we celebrate for a week or so and then we get back to work.

While they gave money to the Candidates, they also paid for unfunded educational material that was used to teach our Milam County school children about the U. S. Constitution during the mandated Constitution Day in the schools. The Republican Women also help to raise awareness of Federal, State, and Local Issues through guest speakers at their monthly meetings.

For all this they were vehemently attacked by the Democrats during the campaign for raising money from outside Milam County and for being elitists. Well, let’s just look at those points.

First, let’s address the money issue. Most of the money raised by the Republican Women came from Milam County Residents. Last year’s Fundraiser Event took in the majority of the money that was used in the 2010 election. Later, state and federal candidates worked with our local candidates to raise matching funds for the purpose of sending out mailers, creating block-walking brochures, and for advertising on the radio and in newspapers. Some money was also donated from the Republican Parties of Burleson and Williamson Counties, but it was not much of the total.

Second, let’s look at the membership. The Republican Women of Milam County is made up of a diverse group of women and men (yes, men are members also). The Republican Women are made up of business owner’s, retirees, teachers, housewives (or househusbands), business employees, and public employees. There are members of the Country Club sure, but they’re also members of the American Legion and VFW, the Lions and the Rotary Club, the Masonic lodge and Knights of Columbus, Longhorns and Bears (OK maybe my wife and I are the only Bears) and Aggies; people of all walks of life, of all religions and of all ethnic groups. The membership is made up of Conservatives who believe in making our world a better place to live. Elitists – Now; Realists – Yes!

Now it is time to help this wonderful group out by attending their yearly fundraiser. This year we will be celebrating the 100th birthday of President Ronald Reagan and the 175th anniversary of the Republic of Texas. The celebration will be held on February 10th at the Cameron VFW Hall. The evening will start with a mixer at 6:00 pm, followed by dinner at 7:00, with speakers during dinner and to follow.

Joining us this night as our guest speaker will be the Chairman of the Texas Veteran’s Land Board, Texas Land Commissioner Jerry Patterson. Commissioner Patterson is one of the most dynamic speakers you will have a chance to hear. I have been fortunate enough to be in his company several times both in my job and as a veteran and I would recommend you mark you calendars and plan on being with us for this special night.

Many times during last year’s fundraiser I heard many folks remark about how surprised they were at who was there. People who had known each other for years were pleasantly surprised at who is a Republican. Wonder who we’ll see this year? Come out and support this group that is helping to lead Milam County out of the liberal Democrat wilderness and into the light of Conservative Republican Leadership.

For tickets, call me or email me and I will be happy to get you set up.

See Ya’ There!!
Bill

williamwhitmire@yahoo.com
Posted by Bill Whitmire at 10:35 PM No comments: