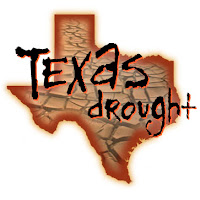 As I arrived home this evening I was thinking about the County Commissioner’s meeting held Monday Morning. Due to my job I am not always available to attend these meetings; however, if I am unable to attend I usually get a complete run down on the proceedings from several sources. This Monday was one of those occasions and thankfully I got the rundown shortly after the meeting was over.

Prior to the meeting, Justice of the Peace Andy Isaacs had informed me that he was preparing a Proclamation asking Milam County residents to pray for rain to help end the drought conditions that have plagued Milam County as well as the rest of the State. We discussed the proclamation and its use in the state legislature and other counties. I am not always a great fan of symbolic gestures or unofficial business in public forums, but I thought this was a worthwhile effort if for no other reason than to possibly help lift the spirits of those most affected by the drought.

After the proclamation was presented and spoken up for by Andy Isaacs, past Democratic Chair and former Justice of the Peace Don Shuerman spoke up to challenge the Commissioner’s Court on the issue citing its constitutionality.

Of course the Proclamation did not establish a state religion nor did it favor one religion over another so therefore it was not unconstitutional, but that won’t stop those with an axe to grind with religion in public from tearing at a portion of the fabric of our society. I can already hear the Liberal Democrats claiming the “Separation of Church and State” argument; however, that is not even in the constitution and in actuality the very phraseology has its origins in Communist and Fascist writings – something else our liberal friends overlook.

The fact of the matter is that the proclamation is almost identical to the ones passed by the state legislature and by many other counties throughout the state. It is also symbolic and simply asks (or urges) the citizenry to pray according to their religious beliefs that we may soon receive some rain and begin to find our way out of this devastating drought. To some that may seem shallow or undeserving of the time and effort, but to those most affected by this drought these sorts of acknowledgements of their hardship is thankfully accepted.

It’s also important to point out that while the Local Democrats’ leadership seems to have an issue with this sort of proclamation for good hope; the elected Democrats do not as all four Democrats elected to the County Commissioner’s Court courageously stood for the values we hold dear in Milam County and voted with Judge Barkemeyer in support of this proclamation. So while the Democrat leadership in Milam County will no doubt take advantage of this situation to criticize Conservatives, Republicans, and the Tea Party members as overzealous religious nuts, it will be amazing if they even make mention of their own elected officials voting for the very concept they attack so vehemently.

I think I’ll say a little prayer for them also,
Bill
Posted by Bill Whitmire at 9:42 PM No comments: 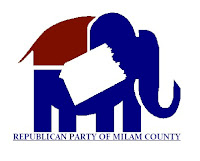 On behalf of the Republican Party of Milam County, I would like to welcome Greg Kouba and thank him for his decision to be a part of the conservative movement in Milam County. Greg has announced his intention to run for Milam County Sheriff as a Republican in 2012 making the primary race for the Republican nomination for Sheriff a contested race Between Mr. Kouba and Sheriff David Greene.

Both of these gentlemen understand the changing landscape of politics in Milam County as well as Texas and recognized that in today’s climate, it is okay to run based on your beliefs and values.

Today, people know it is okay to run as a Republican in Milam County based on the conservative standards shared for generations here in Milam County and not be enslaved to a one-party system that is beholden to and promotes the ideals of the liberal progressives in Washington and Austin.

Thanks,
Bill
Posted by Bill Whitmire at 11:55 AM No comments: