I was pleased with what I heard about the attendance at the Republican Women’s Meeting last night. I missed the women’s meeting as I was at the Public Meeting on the County Budget held by Judge Barkemeyer in Milano last night.

I felt I needed to attend these as I have been getting a number of calls about the proposed budget and wanted to make myself as available as possible for these.

Participation in the governing process is what makes government as effective as it can be. Simply voting is not enough so please come out and be a part of the process and not just a spectator. You won’t regret it. 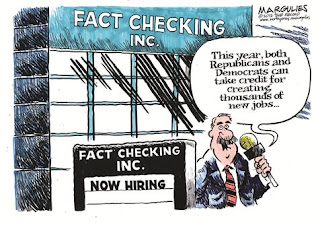 
To Date, Republicans hold 14 of the 20 elected county offices – OUTSTANDING!

Most of the credit belongs to the candidates and the volunteers who have worked so hard to build the Republican Brand in Milam County. As the County Chairman I owe a great deal of gratitude to all those who have provided their time and money, as well as their active participation that has in turn provided untold motivation for me, for the Milam GOP Leadership, and for the candidates themselves – THANK YOU!

I would also like to thank everyone for what I consider the most important virtue of the Conservative Movement in Milam County – Staying Positive.

Unfortunately, there are many examples of negative campaigning, be it in federal, state, or local elections; however, from the first Milam GOP meeting I attended we have worked hard to conduct ourselves in a classy and positive manner while leaving the negative campaigning to others. As long as I am Chairman, I will continue to insist that candidates looking for the support and affiliation with the Republican Party of Milam County continue to do so.

In the most recent election we had one candidate for a county office who promised to run a positive, issue driven campaign. But when the rubber met the road, he used negative campaigning while claiming that he was simply using the incumbent’s record to demonstrate how his ideas would be better. Unfortunately his attacks (regardless of their accuracy) became more desperate as the campaign went on and he offended many voters as well as those in the party and in the end his negative actions resulted in him being soundly defeated.

While I am happy to report this sort of activity has been a rarity while campaigning at the county level, I am saddened to say that it is not and will not be the case at the state level. Currently we have several GOP candidates at the state level who are already using negative campaigning to attack fellow Republicans in the hopes of gaining votes – UNACCEPTABLE!

In the coming months you will begin to see the shaping of campaigns and feel an ever increasing exposure to those campaigns as we approach the November filing period and the March Primary Election. As always I will hold fast to the Milam GOP policy of supporting all the candidates who run under the GOP label in a fair and equitable manner. To those who chose negative campaign tactics, be advised that such actions will be met with little support from the Milam County GOP Leadership.

It’s not that the Milam GOP doesn’t support a candidate’s right to run their campaign as they see fit, we just want positive campaigning where the issues and ideas are discussed and the politics of personal destruction are a thing of the past. Remember, you can’t explain how you will make things better if you’re badmouthing you opponent.

Good Luck to all,
Bill

Looking Down the Road!

Well it’s time to start thinking about the 2014 primaries and the eventual 2014 General Election. Here in Milam County we will have 11 local offices up for election along with the state and federal offices. Candidates will start filing for office November 9th, I will list them all later. Needless to say, we need some good folks to step up and take a part in the process.


I hear a lot of people grumble about those in office or about how much we need term limits, but without good people stepping up to serve…well nothing will change.

How about you, have you ever thought about running for office? Yes there are some negatives, but the benefits of working for your fellow citizens to improve things for the future generations far outweigh any negatives that can be associated with serving in office.

The founders of this country set up the government (be it federal, state, or local) to be a place for citizen servants to govern for a while and then return home to live under the very laws they passed while in office. Unfortunately, over time that philosophy has been shattered and now we have lifelong politicians who make a career of being in government.

Politicians who work to make the legislating of the government at all levels so difficult to understand that most people feel unduly intimidated by it and fail to even try and comprehend it. I dare say this alone is the single greatest contributor that creates the misunderstanding, overregulating, and overspending that engulfs today’s big government.

What we need are more citizen servants. People not looking for a career, just a chance to serve their fellow citizens and reign in the generally out-of-touch elected bodies such as the administrative, legislative, judicial, and yes…even the local county government at times.

So, are you willing to step forward and help out by doing your part? Or are you going to stand on the sidelines and watch those you disagree with or those who have been in office for too long continue to lead the country, state, or local government.

The choice is yours. You can run for office, help someone else run for office, or get involved with the local county party. But what none of us can do any longer is just continue on the same path and hope something better comes along. If you look at the truly great moments in history you will see that the path of the future was not decided by the will of one or two people, but by the actions of a determined and motivated citizenry.

So as a citizen, how motivated are you at this moment in history.

Voting is a start, NOW GET INVOLVED!

Posted by Bill Whitmire at 10:53 AM No comments: